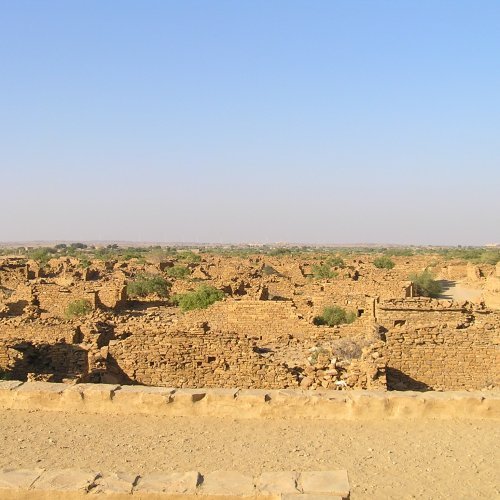 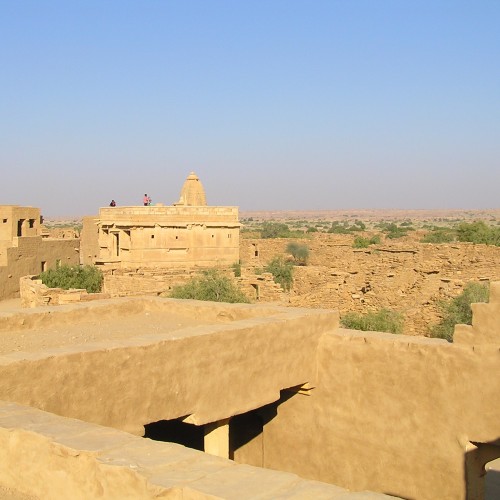 These are the pictures of “KULDHARA” , Rajasthan (India). The entire town was abandoned by the residents and they vanished overnight from the town in mysterious circumstances around 18th century.

The local folk-lore is that the village occupied by the Paliwal Brahmins was being harassed by king or the regional chieftain for excess taxes. The king also set his eyes on the village chief’s daughter. However the king’s reputation of being a womanizer did not make him an ideal candidate for the lovely damsel. The villagers abandoned the village in the darkest hour of the night and cursed the king. The king sent his men to find them but to no avail….they had vanished into thin air leaving all their belongings, cattle, utensils etc.

The ruins of Kuldhara suggest that it was a well planned prosperous village with wide roads running in cardinal directions and dividing the town into domestic and commercial sections with a temple(which also has been renovated to give a glimpse of the villagers’ lifestyle) in the center of town. There were step-wells and separate parking spaces for the carts. Kuldhara consisted of 84 villages and all of them just disappeared one night. The stories of the ruins being haunted also prevail. The site now under Architectural Survey of India is being developed as tourist attraction.

Kuldhara lies some 15km west of Jaisalmer, another fort city of Rajasthan. Jaisalmer is well-connected by road and rail to bigger towns like Jodhpur and Jaipur.