Phew!! Last day of the A to Z Challenge. Honestly I am completely totally absolutely ZONKED OUT!!

I spent everyday wracking my brain to write something corresponding to the letter….everyday as the new letter loomed with the dawn break, I would start thinking about it. The LETTERS played with me as if I was a wind-up toy!!

After finishing the routine chores of the house, I would sit with laptop on my lap(…of course!) and start typing something then around 3:00 pm the sleep-demon would lure me to bed and my words on the screen would jumble up poking each other till the spell-check also gave up on correcting the mistakes!

An hour of sleep later, freshened up I would be again busy with kitchen chores….Eventually I would sit with my laptop again at around 9:00pm and by that time whatever I had already written would seem so irrelevant to me that I trashed it and write all over again!! Very slow at typing, it would take me forever to first think of the words and  then type them in logical sequence……

By then my poor husband would go off to sleep waiting for me to cuddle up near him….Alas!! Whole of the month he was deprived of touching my to-die-for soft, pearly dewy rose-scented skin! Actually, he is more relieved than I am!

I am happy I survived the challenge and in the bargain chronicled some parts of our vacation in America and realized that I could write 500 words everyday, if I really wanted to…. So may-be I will begin that story which I have meant to since some time now. 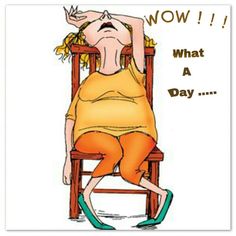 But for now, my daughter is at school….husband is out of town….I have finished all my daily chores…. so I will surrender to the sleep-demon who stands there near the softest pillow tapping his foot with impatience… And as Scarlett O’ Hara would have quipped…

“After all, tomorrow is another day”…I vow to carry on.