After going crazy shooting picture after picture in Madam Tussaud’s museum at New York, I was TIRED!! But the Ripley’s Museum  was right next door and I could not dissuade my daughter and husband from dragging me there. Well….I am gflad they did!

I, before entering the museum, thought that there would be pictures and plaques describing various unbelievable weird things that happened at some place in world at some point of time. I wasn’t prepared to see so many things in the museum that my jaw dropped literally! BELIEVE IT OR NOT!! 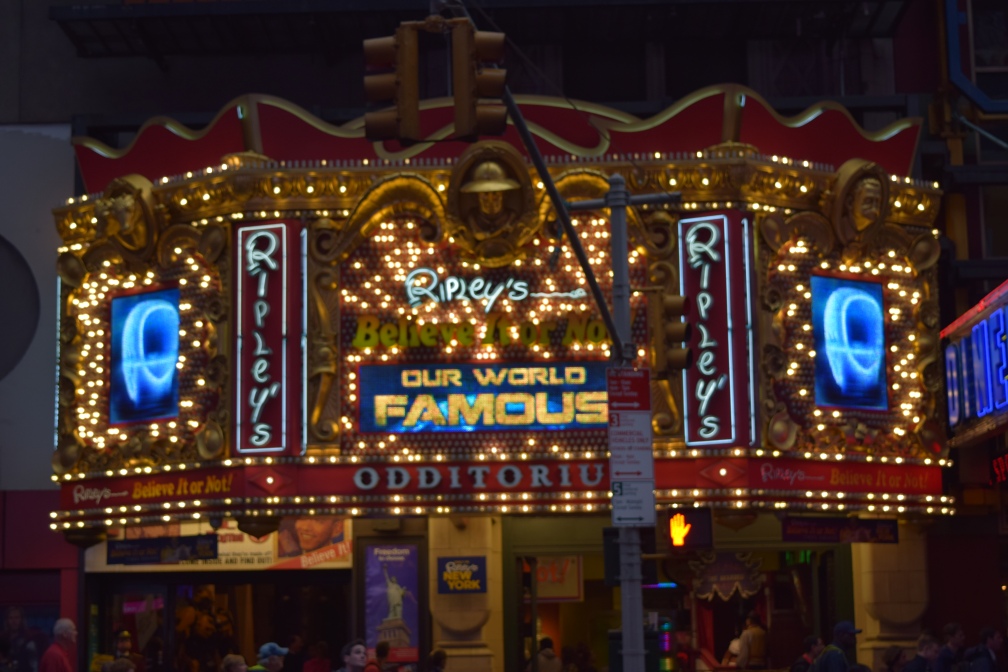 Besides the two-headed goat, calf, tallest man, the large cockroaches, moose etc etc… my interest was piqued due to a painting made of butterflies! 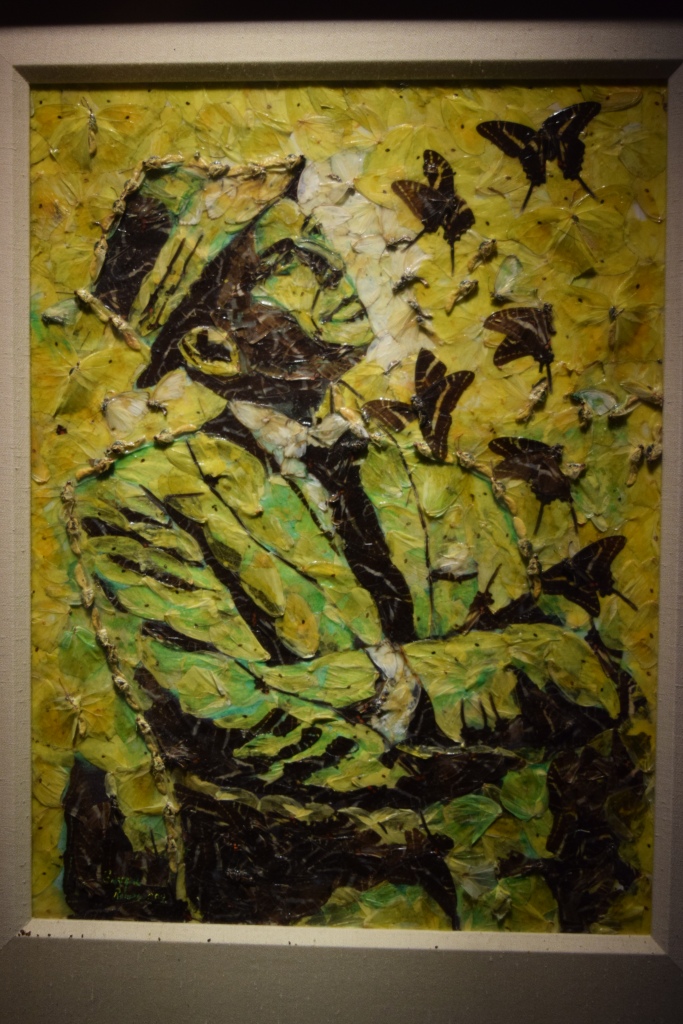 Another very interesting display was that of the ‘Death Mask’ of Emperor Napolean Bonaparte. Earlier, the death masks were made to preserve the likeness of important people. This authentic mask is derived from the mold casted from wax and plaster in 1821 soon after the emperor’s death by his physician at a remote island off Africa.

One disturbing fact that I was stunned to read in the museum was about the Great Pacific garbage patch also known as Pacific Trash Vortex. The trash dumped in the ocean has large amount of plastic, chemical sludge and other debris trapped by the North Pacific Gyre. This patch extends over an indeterminate area.

When I read this fact in the museum , all I could visualise was a big horrible whirlpool of waste dumped by humans in the huge ocean….I could imagine only the sea life getting destroyed because of our insensitive and careless attitudes towards nature and how we have been abusing the natural resources….

The museum’s large selection of display with many such facts was an eyeopener and I would recommend my friends to definitely go and see the museum…May be we all can come out wiser and preserve what is good on our planet.

4 thoughts on “Ripley’s Believe it or not!! Museum at New York”