Britishers came to India posing as innocent traders and slowly spread like cancer throughout the country silently taking control over so many small kingdoms and looting the property and killing innocent people. They thought the natives were uncouth, uneducated and uncivilized. Thus they took upon themselves to improve the natives disregarding the faith and emotions of people. They introduced the English language besides Christianity, railways, British architecture and systematic armed forces. In fact the English language also  has a lot many words with their origin in India. Jungle, jute, cummerbund, dacoit, curry, nirvana, guru, karma etc are few such words.

The people of India have always adopted and adapted to all sorts of influences and personalized it to great extent. Even words of English language have  taken an Indian twist.

However sometimes those who do not have the privilege of attending schools interpret English in their own way. This gives rise to some very weird, funny and distorted English…

Can you guess what this placard says??? I bet you will be surprised to know that it says: 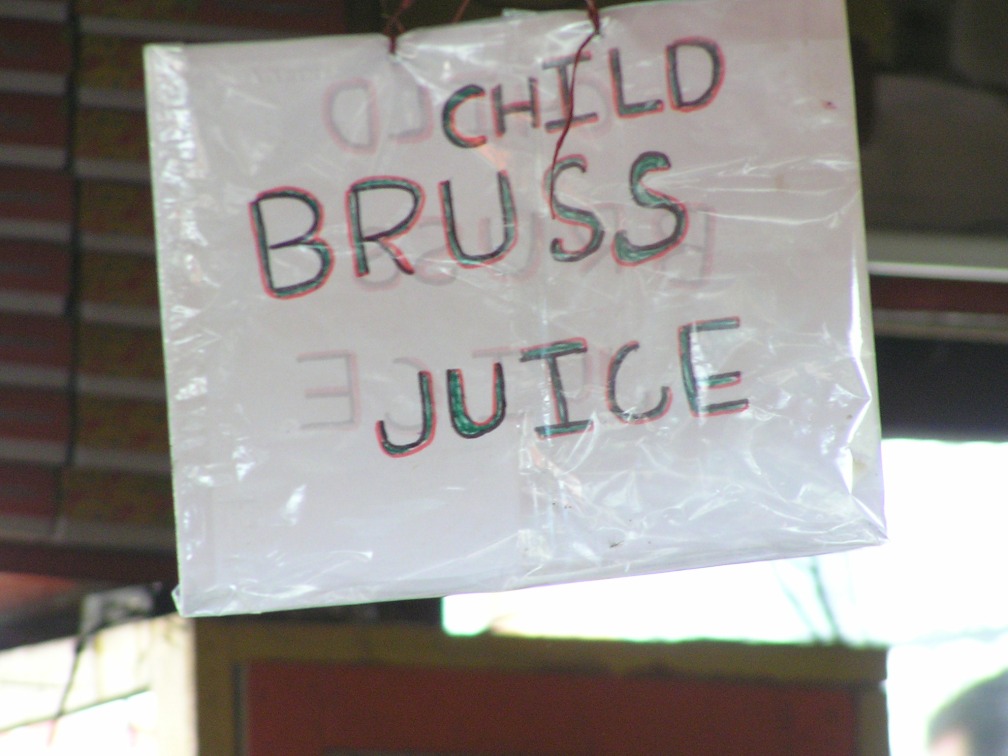 The sign was displayed in a wayside kiosk. The owner with his limited knowledge of the language and phonetics put up the sign to attract foreign tourists…. he got the spelling of “juice” right though!!