I had expected to fall in love with the city and want to not ever come back from there but surprisingly I did not fall in love with New York….. the rush, the expensiveness, the intimidating heights of skyscrapers, the sheer expanse of the city, the continuous and myriad soundscapes made me withdraw…

But yet some things stayed back in my heart and even after a year now I dive back in the photographs to revisit the memories.

The tall sky scrapers that make the New York skyline force your head  to look upwards and dwarf  you. They look like an eye-catching jigsaw puzzle… 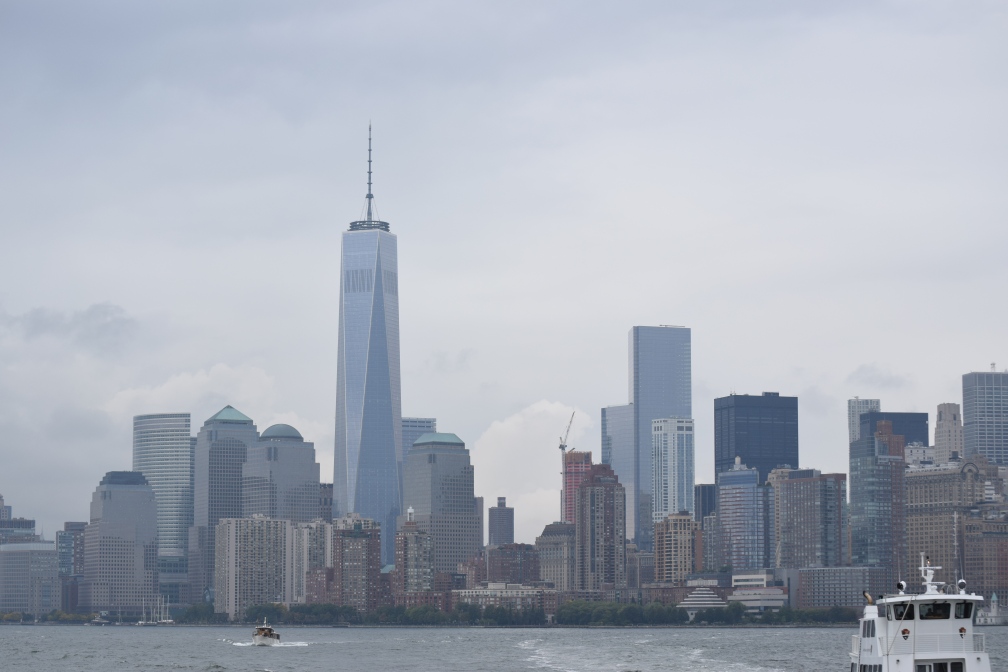 The Freedom Tower that stands tall in place of twin towers of World Trade Centre after the 9/11 attack, piercing the clouds, shows the indomitable spirit of man against the terror…proof of victory of good over evil!

Freedom tower reaching up in the skies…Indomitable Spirit

3.Sailing down the Hudson River

The sail boat was lovely and looked like a pirate ship from the story books yet looked so at home with tall buildings as backdrop. I expected Captain Hook to materialise any time and stop our boat in search of Peter Pan…

As the city lights up…

The Lady with whom world identifies New York stands since 1886…Statue of Liberty is magnificent to look at. Built by Gustave Eiffel and gifted by people of France to United States, it is the icon of freedom and holds a tablet inscribed with date 4th July 11776, the American Declaration of Independence.

And of course the lady… Liberty

Though I have no desire to stay in New York forever but I definitely would love to spend more time in the city and get to know it better…Who knows I might someday fall in love with this maddeningly crowded and always on the move city…A city that never sleeps!!