As we craned our necks to see the Redwood  trees at Muir Woods Park, San Francisco converge to reach up to touch and feel the glory of the heavenly canopy above, we could only marvel at the nature and its creation….felt humbled and dwarfed by the size of these tall trees. There was so much peace and calm in the park ….it felt like meditation. 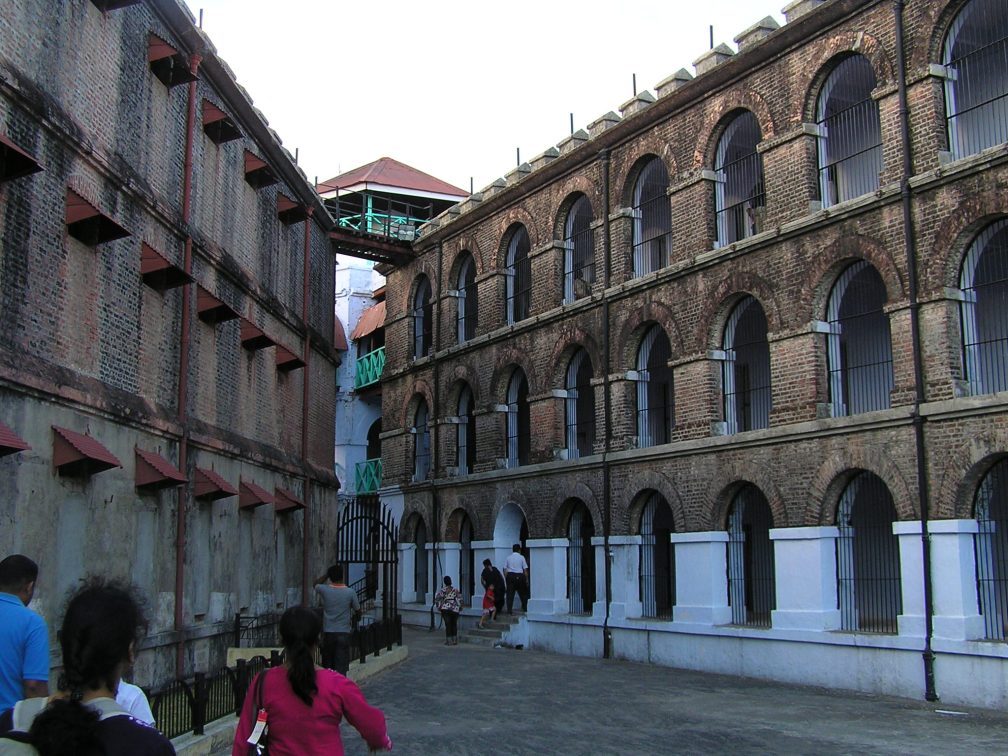 They gave away their lives for the freedom from the clutches of British rule…..The Cellular Jail, Andaman islands, stands testimony of the atrocities on the Indians who stood up to reclaim their motherland. “Freedom is not free” I read at a memorial monument in USA …. Let us remember the sacrifice of our martyrs due to whom today we enjoy this freedom.

The rows of cells converge into a central tower which could be accessed only if the tower door to each floor was opened.

The woods are dark and deep… miles to go before I sleep… The woods converge coaxing me to look ahead in future….

Here sleep the heroes (Arlington Cemetery). The rows of uniformly  laid out gravestones look like converging in eternity as if to say the soul is eternal…

In the beginning of the year I missed out on the Photo challenge “winter”, not only because there wasn’t much cold that week but also because we were “launching” ourselves on a ten days vacation to north-eastern parts of the country, mainly the Kaziranga Reserve forest and Shillong. Had I known the next topic would be ” launch” I would have clicked some pictures of airport and the plane.

In that part of the country the internet connectivity was almost nil and I could not really know about the new challenge till yesterday after returning back to New Delhi. And then I didn’t want to miss this one but I really was stumped as to what to include in this challenge.

I came across this one photo taken on the beaches of Andaman Islands two years back. My daughter along with her father wanted to make a hut of her own from the leaves of palm and the vines lying on the beach. With hardly any know-how of hut making, this simplest wish seemed a herculean task to meet. But they “launched” themselves any way because the holidays are meant for all sorts of adventures…..

Having posted this picture, I thought of sorting the photographs of our latest vacation trip and I sure came across some pictures which could fit the photo challenge of this week. We were excited to begin our early morning jungle safari in search of the one horned rhino and what is better than ride on the great Indian Tusker to launch on this adventure….

The Indian elephant though smaller than its African cousin but it still demands  lot of respect and no animal dares to cross its path. One loud trumpet by the beast makes all animals back off…. This one Rhino was lazing around and did not pay heed to the visitors atop the elephant. The trainer of our elephant coaxed it to trumpet and the rhino launched itself finally to move away from the tusker and our prying eyes …..

The elephants, rhinos and their babies were a treat to the eyes and our trip to the national reserve was a fulfilling and enjoyable experience.

I guess that is what holidays are supposed to be…. enjoyable, adventurous and relaxing!

Seaside sunsets mostly look the same but there always is a fresh breathtaking beauty every time. And one cannot stop from capturing it again and again. Our trip to Andaman Islands was made memorable not only because of the snorkeling but also because the clean sea with its gushing sound was devoid of  man-made noises! 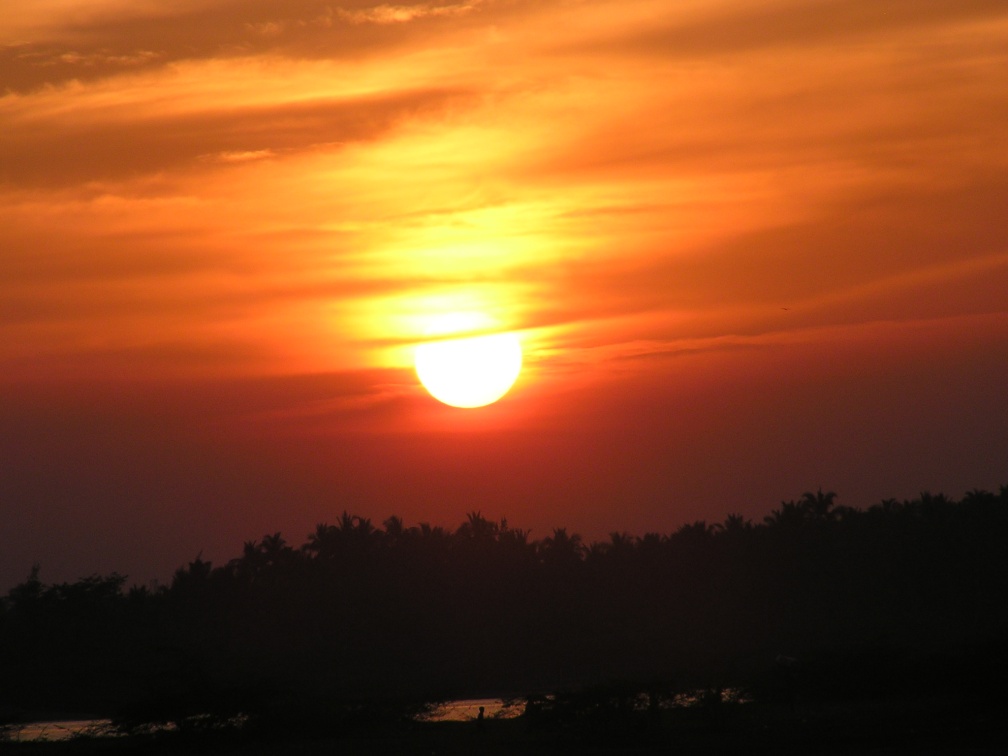 The palm skyline in Puducherry(earlier known as Pondicherry), India, again made us marvel at the divine creations that the nature offers and we had to capture this one too!