We made sure to travel by most modes of transport when in America. ‘Union Station‘ being Amtrak’s headquarter was our obvious choice to travel to Detroit though my cousin was not very enthusiastic about our choice of transport.

Union Station is a major train station, transportation hub, leisure destination and the railroad’s second-busiest station. It also serves the Washington Metro, and buses. It also functions as huge shopping mall and is visited by as many as 40 million people every year! 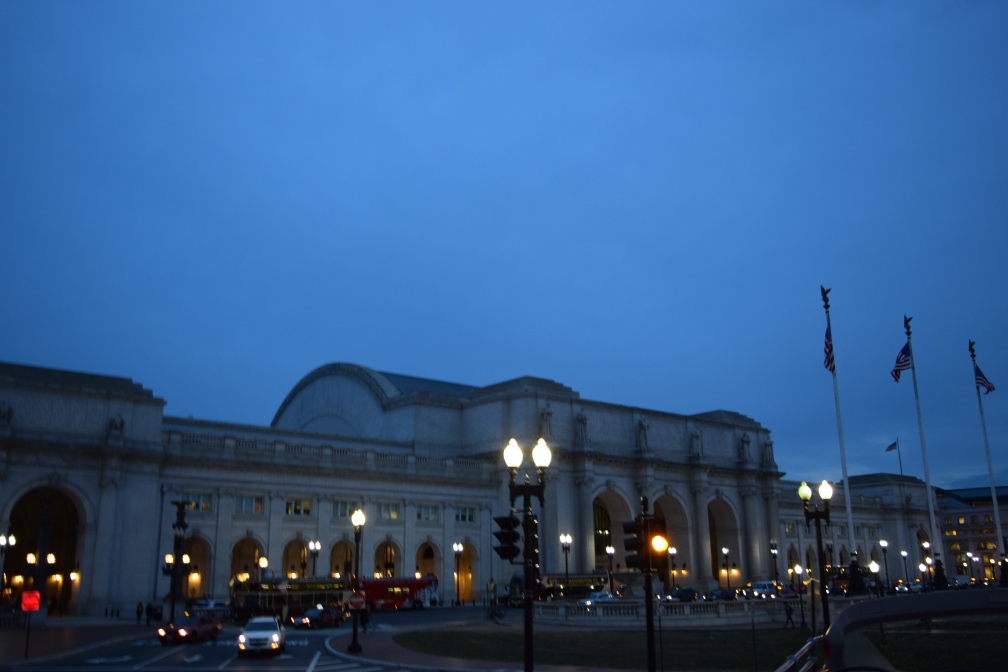 The station has huge vaulted ceiling which is almost 96 feet above the floor. Expensive material like gold leaf, marble and white granite have been used in the interiors.

There are many high-end shops, cafe, restaurants, salons and large waiting spaces in the station.

When all the checking of boarding tickets, luggage etc was over and we reached the platform from where we were to board the train, we noticed most people had left the platform and hurried to another platform across the railway tracks. Soon we realised that last-minute changes had been done and boarding was from the other side. We were totally lost

being new to the huge station. We located the elevator and ran all the way to new platform because the it was already the departure time.

Two Amtrak trains were parked on the station and we had to confirm from the ticket checking officer about the one which was scheduled for Detroit. We were out of breath by the time we reached our seats.

Only after putting away our luggage and settling down in our seats, did we realise that we were not carrying any beverage with us. All the panic and running across the station had made us all very thirsty. But we were pleasantly surprised to find a small cafeteria on the train with coffee, juices, quick meals and a bar counter. We helped ourselves with the coffee and sandwiches while the seats filled up.

I sat playing ‘solitaire’ on my laptop when an old woman on the seat across the aisle, interrupted me and started advising on the game. Out of formality, I sat near her and let her explain me the game.

After a while, I realised that the woman had already consumed considerable amount of Vodka before boarding the train and was repeating her instructions and sentences to me. She asked for my email, misspelt my name and offered me some alcohol. She had half eaten sandwiches stuffed in her purse which was spilling over with scarves, reading glasses, water and what not. I felt the need to distance myself from her as in her drunk state, she started abusing other passengers, the speed of train etc. I did not want to be on her list of her offenders!

We were there to enjoy our journey and the interaction with the old woman was eating into our fun time. I politely excused myself and went to the sight-seeing deck which had large glass windows for an unobstructed view. 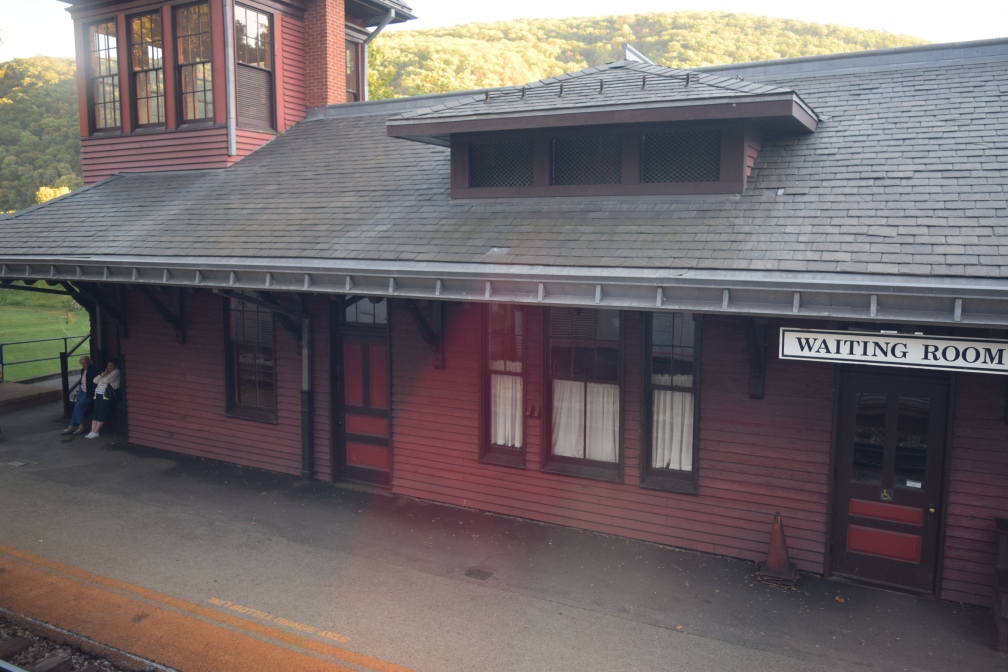 Soon it was dark and we returned with packed pizza to our seats. As we slept off, we were rudely awakened by a commotion. Another passenger drunk to bones was arguing with the train staff disturbing everybody else. He had no clue where his seat was!

“I am JC man! People call me Jesus Christ…. Where is my seat? Why are you not taking me to my seat? You see, I am Jesus Christ …. JC”

He soon started shouting on another woman with a kid. His behaviour irked yet another passenger who threatened to bash him up. The staff interrupted and took the drunk man away.

With great difficulty, could I sleep again. Later in the morning, train reached Detroit. The old woman was already gone and forgot her spectacles, blanket and granola bars on her seat. Her seat looked more like a dustbin with empty liquor bottles lying all over. The man calling himself Jesus Christ and the man who threatened him , both were not to be seen either.

My cousin waited to pick us up at Detroit station. Our adventurous train journey ended with lots of memories stored in pictures and events that happened on board.