Book: Think With Me 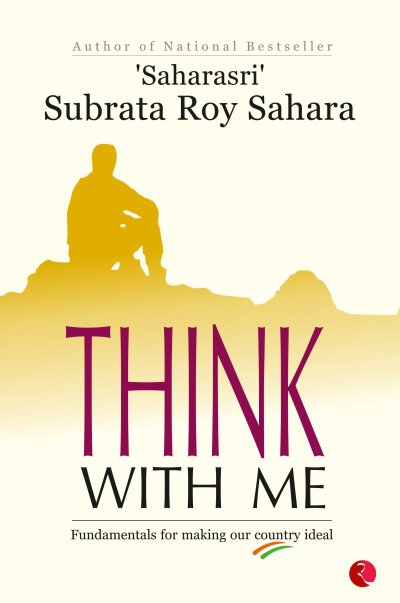 I have taken my own sweet time in reading this book just because I somehow did not believe in it.

It is a common habit of people in our society to find faults in everything from condition of roads, education system, population, governance and even how sports are played on field.

Every one is a know all and a preacher. Most of us have many solutions to all the problems that exist in our country  but when it comes to following rules, even the simplest rule of wearing a helmet and sticking to the lane while driving are ignored. If after that we are stuck in a traffic jam or somebody dies we blame it on ill-governance by city authorities, on police department for being lax and so on and so forth….Point is nobody stands up to say it was wrong to not follow rules!

I feel this book is of same temperament. This 100 pages book is divided into five sections of Electoral System and Leadership, Population, Education System, Media and Religion. Each segment is further dealt with in detail but the author goes on to tell what all is wrong with various systems. He has mentioned throughout the book ” I can personally guide the method”. The author comments ‘sick mentality’ of poor people because they bear more children with the aim of earning more. He goes on to say this and that should be done for population control.

I  agree that the problems that he has discussed are real and need a revolution. However I have a limited scope of improving the system and I do that by following rules, by being tolerant and friendly with people of other faiths, by teaching my child that the country should come first…I am vary of preachers though.

I would love to know the contribution that the author has made beyond his organization for each of the system that he has found fault in.

The title of the book is very apt…’Think with me’…yes we need to think and act as per our ability but fault-finding and hollow discussions will have no result. Each one of the educated lot needs to take responsibility and follow rules….Look within I would say instead of blaming the system. Rules already exist…why do they need to be more stringent? Why can we not begin with following existing rules in social and business spheres?

The book is an okay read.