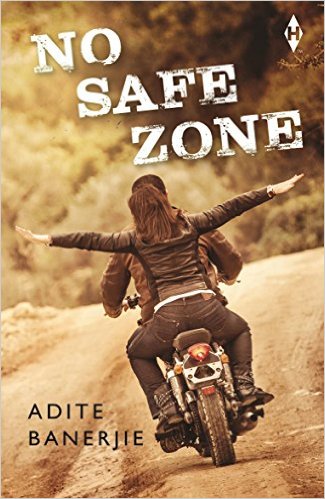 Action stories, detective and spy mysteries have always attracted me. A few of them have a hint of subtle love story  too.

Author’s note says, she wanted to experiment with action genre with some romance thrown in.

Having written two books for the brand Mills & Boon (The Indian Tycoon’s Marriage Deal and Trouble Has A New Name), I guessed there would be a lot of romance with some action thrown in!

I read Mills & Boons only in college and that too because of peer pressure really…I was attracted to read books by Robin Cook, Tom Clancy and Robert Ludlum. Honestly I didn’t like the Mills and Boon one bit.

And I haven’t even bothered to read the Indian editions…so this makes it the first book by the author that I have read.

This is the story of Qiara Rana, who settles in London post a heartbreak. She works for a non-profit organization. With her mentor Samira and the organization coming under investigation for all the wrong reasons, she is determined to clear the name of her mentor and the organization,  from the scandal. She travels to India and finds herself being chased by killers, kidnappers and her past life resurfacing in weirdest ways. The story is also about Kabir, an intelligence officer who is investigating the organization Qiara works for. He too has a painful past with a part of it involving Qiara. The two lovers who had parted many years ago still in some way seek closure. Coming face to face, the  dormant love flares up again.

With human trafficking as the backdrop, the story finds the two lovers fighting their past and the criminals together. The name of organization Qiara worked for is cleared and the lovers reunite.

As expected the story had quite some dose of romance and some action packed stuff. The pace of the story is quite steady and engaging. The criminal masterminds are however lost and have hardly much to give to the plot. The romantic scenes it seems are straight out of Mills and Boon only with Indian names.

I wouldn’t say I loooveed the book but yes I wasn’t bored to read it. If I had to point out thriller stories to someone, I would still go for the Robert Ludlum and the likes but for love stories sprinkled with some action, Adite Banerjie’s book is quite good.

Good to read at least once in romance genre.